Incident Description: As captain during rev round spent the first 40 minutes camping in the bridge and then spent the next 40 minutes flying around space around the edges of the station despite only 3 people being alive in the game at all. He went inside the station once to kill one person and almost lost the fight so he went back out into space and stood there until the game ended. The round eventually ended at 1:18 when the last rev head killed themselves out of fucking boredom. 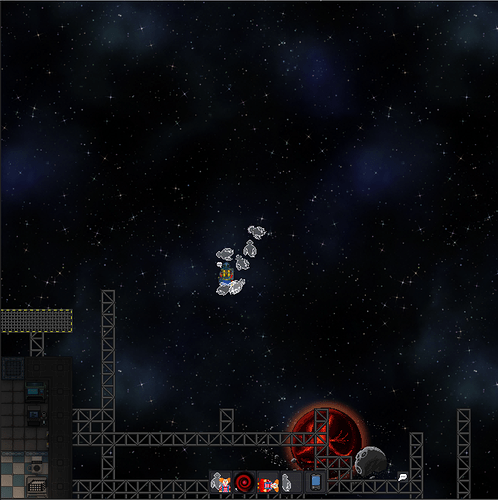 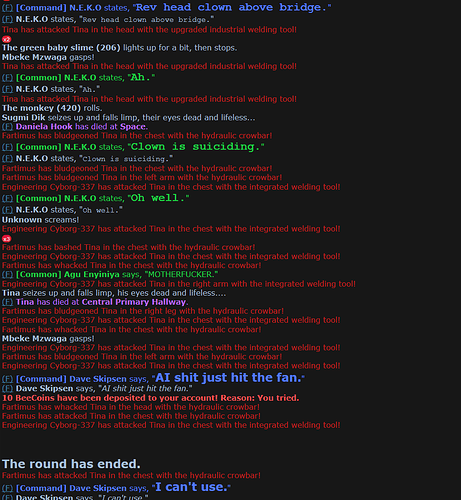 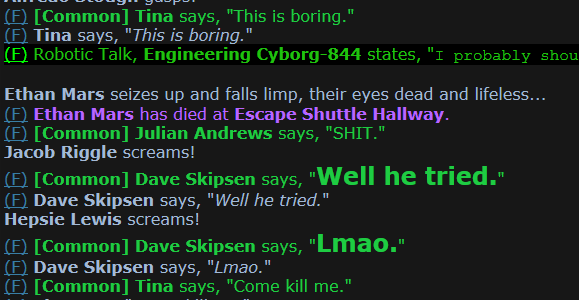 I’ll look into this when I get home.

haha good one, i will look into this when i get home.

This just looks like being a bad sport rather than breaking the rules. If I were there I’d mess with him so that he wouldn’t needlessly prolong the round but I don’t think this incident justifies a punishment.

Yes, there’s a lack of Admins unfortunately. With that being said, this is still not something that we punish players for other than the occasinal IC droppod to make them more willing to fight like a man. Resolving.