Now that the dust has settled vol.5

## About The Pull Request Disables the Provocateur latejoin and Revolutio…n roundstart dynamic rules, and sets the weight for the revolution gamemode to zero, effectively disabling it. ## Why It's Good For The Game <!-- Please add a short description of why you think these changes would benefit the game. If you can't justify it in words, it might not be worth adding. --> Typical revolutions devolve into the round ending within 20-30 minutes, or the round being dragged to 90+ minutes of nothing but trying to find the last head of staff or last head revolutionary being hidden or fuck off in space. This isn't an outright removal, but this just disables them unless someone can make this antagonist a little more fun/engaging. ## Testing Photographs and Procedure <details> <summary>Screenshots&Videos</summary> Idk, check files? Also xenoarch is causing build errors. </details> ## Changelog :cl: config: disables the revolutionary gamemode and dynamic rulesets /:cl:

What did we think of revs?

Fuck revs, replace it with something better or even just focus on improving existing modes - we have plenty of variety at the moment.

Had a handful of really fun rev rounds that didn’t just devolve into a TDM and followed a decent and fun theme, but the majority were definitely just as described in the PR, and players were not mechanically encouraged to make things fun for the people on the other team.

Revs can be RP-oriented but no server has been able to get it down properly and the players just resort to lrp head murderbone anyways.

I remember exclusively two times I got Converted with RP involved, the first time was as a Jani a Head rev claiming the auxilary bathrooms needed cleaning*, then they flashed me.

The second time I was a bartender handing off a big ol’ bottle of booze and that was basically the most clever ploy to get me to stand next to him.

(* so you all know like 90% of the time when someone asks you to clean the auxiliary bathrooms as a janitor, it’s a trap, it’s kinda metagamey to refuse to at least inspect so refuse or proceed at your own risk)

TIL the stations have auxiliary bathrooms.

There are auxiliary bathrooms present on the following stations.

Pretty sure that’s all of them.

one time i had a pretty good rev round where i roleplayed alongside a head rev clown to set up a fake hostage situation as HoP to try and prevent unnecessary deaths on both side. Honestly a lot of my best roleplay moments come from revs, but for every attempt at roleplay there’s 3 more assistants running to suicide bomb the captain.

I think things could’ve been made a little better if the non lethal (exile) route was encouraged and the revs had to keep playing on the station for a bit to see what kind of crew they would create whilst the heads and remaining security plot to try and return to station. 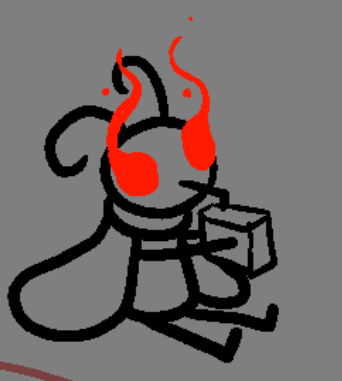 if you REALLY want something to fill the void of revs. there’s still IAA. and their “bugged” alternative variant.
some changes and you can get 2 gamemodes out of that one

Yeah no fuck revs, rounds like this shouldn’t be a thing. 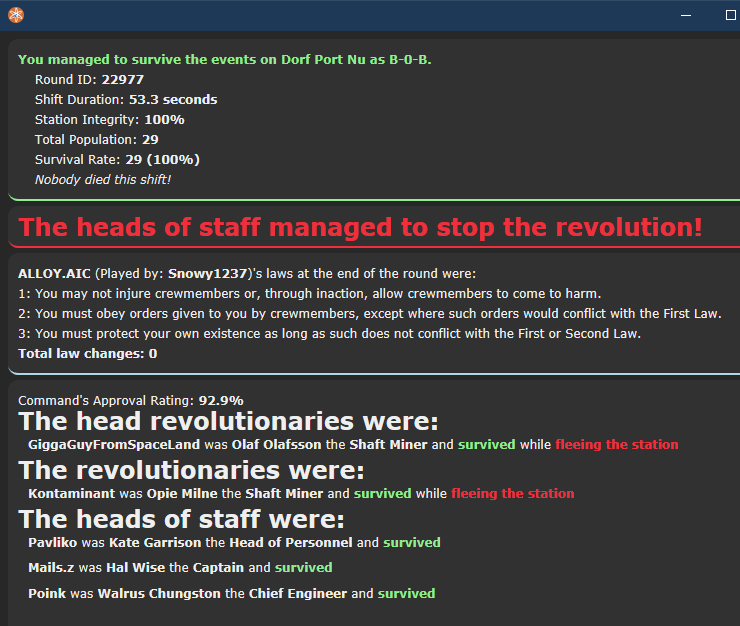 Cant even blame them, so many people forget that just doing your job as shaft miner counts as fleeing the station

And explo, they technically flee the station too.