I read this thread and I’m just left thinking damn, I really gotta read up on my CQC combos, "I can’t pull those off for shit!"

Chef immediately grabs her and one shots her into unconsciousness with his karate skills, then proceeds to beat her to death.

I kick Chef on the ground a few times until he immediately stands back up and one shots me into unconsciousness. Chef proceeds to beat me to death.

So let me get this straight you essentially just watched Bruce Lee in a Swedish Chef cosplay use some sorta one inch punch kung fu maneuver to beat a person to death with their bare hands. After which you run out of ammo and decide to jump into the ring with Mike Tyson to fight with good ole fisticuffs mono a mono? Cause if so you have some balls I can give you that.

the mono a mono part made me crack up, you get a Heart my friend, though swedish chef? i thought it was supposed to be a italian chef…

But yeah, sadly this is a very IDED moment, though a lot of people are going a little ham on you when you actually admitted that you just didn’t know that was a thing, that’s totally understandable and people are missing that part.

IF anything if you’re so against Chef cqc at best you could try to change chef cqc to have some of the nasty moves (the sleeping one) removed and keep the ones that works to throw people out very quickly, but then again people will probably argue against it so… But at the same time ‘‘Just don’t step on the kitchen’’ it’s a little like making your IC use meta info, anyway very unfortunate nasty mix of ling+chef+hopcurity

Yes you are correct the chef is meant to be italian, but I thought the imagery of Bruce Lee sounding something like this. 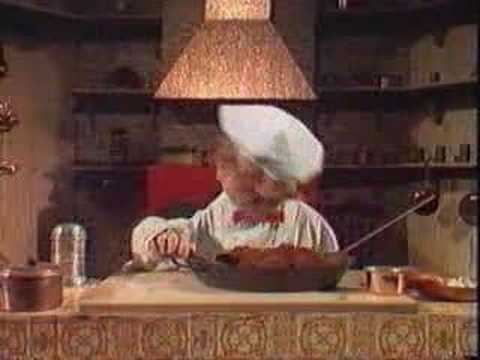 Instead of the usual sounds that he makes was something I could not pass up.

man if there was like, a grenade that made a really loud noise or something

You’re missing the point.
He was already disabled and on the ground, that’s not the issue. The issue is that after he got up he one shot me and three other people into an unconscious state with simply one punch/click

I said clearly in my original post that I have no issue with chef having funny combat skills, but the insta-knockout that cannot be stopped/protected against is pretty broken if you ask me

I’m just gonna say it, as the HoS I had next to no way of knowing that the Ling I was engaging was actually the chef, this whole encounter was a perfect storm of the a niche but sandbox element colliding with a larger, meaner and more adaptive one.

this doesn’t happen enough to warrant much if any changes if you ask me.

There is a hard counter to chef CQC

We both go to Kitchen

I personally made some extreme tactical errors

solution to engage at long distances or chemical stunning.

man if there was like, a grenade that made a really loud noise or something

Have you considered not entering the kitchen

Don’t go in the kitchen with the chef is your counter. Stall for backup or lure him out or utilized ranged, lethal weaponry. If he leaves, the power is gone. If you never enter, he can’t utilize it because it is melee range only.

Additionally it isn’t even one-hit as you keep reiterating. It’s Grab → Grab → Disarm

It is quite strong and not all that hard to pull off, especially when people are fighting you single file one at a time, but at that point the situation is not a 6v1, it’s six 1v1s.

It’s Danny Boatlegs himself, did you expect anything less? This has to be the peak though, get served a custom knuckle sandwhich by La Funiculì himself then complain in suggestions

Ah yes, HoPcurity.
I genuinely like playing HoP, really I do, siting behind the HoP line desk with a smoke, a snack and the sharp attatude ready to deny some rando maint after offering them a janitorial position tastes sweet to me.
However I got the command hours to play HoP (and by extension Captain) by playing Low/mid-pop HoS so whenever I hear problems arise on Common or Command frequencies, my blood starts boiling and my brain starts grinding like large square tooth steel gears that have gone un-oiled for a year.
Which is why I have HoP set to “low”