I can understand a little bit, but lets think about it for a minute. The only actual advantage they have is their wings, (Don’t say they’re fluffy and cute, this is SS13, we kill fluffy things for fun) and those get burned off easily. Meanwhile, they lack asimov protection, get injured by pest spray and fly swatters, and I believe take extra electricity damage.

Generally, they’re insanely easy to kill because they can be stunned with a flash bulb at all times (I’ve only lost a fight to a moth once, and he had a holoparasite, so that doesn’t really count).

Moths are one of the races that are supposed to be just worse than humans, this is intentional.

All races other than humans are designed, or, atleast attempted to be inferior to humans.

Example; Plasmemes’ inability to fuckin’ get sick to most diseases or IPCs not havin’ to breath but how both suffer a lot of extra damage.

SMH as i said in an obscure past round “Moffs were created by god to be cheap slave workforce yet the heretics decided to give them rights and freedoms they dont deserve” they dont deserve any inmunity from god’s light by covering their eyes in heresy and lies.
Moffs valid moffs bad kill lamp

Meh, they still are weaker even without the flash weakness. The flash weakness just makes them push overs. I get that they are supposed weaker, but I feel the whole “bam, you’ve been flashed through your shades, now taste my e sword” is a bit too much. I’m not even saying it as a moth player, I think it’s just ridiculous how easily they die. IPCs are the second easiest, in my opinion, but they provide plenty of benefits, and you need some actual knowledge to take advantage of their biggest weakness.

They betrayed their humanity, they deserve it no further discussion you ligger lover piece of shit

Thou art in the wrong kingdom, knave! I shall show you the power of sciencia, and destroy you with FACTS AND LOGIC, SCREEEE!! Also, golem gang, but we mostly with facts and logic.

Ok, in all seriousness though, I do still think they should have this altered in some way. Keeping their issues with welding, (need to wear a welding mask and welding goggles to not go blind) but losing the weakness to flashes while wearing sunglasses would be enough, in my opinion.

As a member of the intelectually superior chemtopia let me say this.

I’m gonna be honest, I don’t have any response to that.

Except the ultimate counter move, of course: No u. 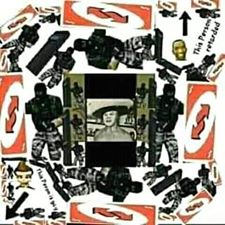 Parry this you fucking casual

Unless an alternative version of me from another dimension in space and time is playing moth, and is subconsciously influencing me to make this post, while hiding in the shadows. In which case, as the highlanders so eloquently put it, “THERE CAN ONLY BE ONE!!” Time to call in the chrono legionaries.

I mainly just suggested this because it’s a little too easy to kill moths. IPCs are technically easier to kill, but you need some basic knowledge to kill them, while any one with a flash and at least two brain cells can kill a moth. I feel sunglasses should be protecting them against the most common and effective form of stun in the game, even if it shouldn’t protect them from welding stuff.

I don’t need to parry it, it’s opposite day.

just using a flash on moths
just use a welder on IPCs
just stun and steal a plasmemes helmet
just laser pointer and abuse a felenid
just throw glass shards at a squid
just use temperature gun on lizor
Every race had an exploitable weakness, some slightly more-so than others but still pretty easily exploitable

Flash bulbs are brain dead easy to acquire if you know how, and they aren’t exactly easy to dodge, since they have a wide radius blast, which is my whole point. They’re common and effective, but usually can be blocked by everyone except moths.

I was thinking more along the lines of EMPs for IPCs, but that could work. IPCs have a lot more advantages to compensate for that though.

Meh. Considering it takes a lot of time to steal helmets, you’d basically need to get a stun baton to do it effectively, and you have him at that point any way. Sure, you could do it, but if you have him stunned, I think just smashing him would be a better option.

I’ve never seen any one actually user a laser pointer on a felinid, so I can’t comment on this one, but very few people end up carrying them when so many other options exist.

I don’t think temperature gun actually damages lizard men. Any way, temperature gun is literally inside the armory, so unless you’re shitsec, good luck with that. Just kill them the normal way.

It still exits, and lizards take 1.5x cold damage so wish them luck doing anything dying of the cold and being unable to move
Welder does 2x and is basically an e-sword to IPCs
With Plasmemes yeah, pretty much, you’d probably be better off just cuffing them, but it’s still a thing. Even if the plasmeme gets cloned 9/10 they’ll die again and never be cloned.

It may just be me not knowing how temperature damage works, but does it actually get them cold enough to start taking damage? I don’t really consider one really difficult to acquire weapon a weakness though. Ling sting is an issue though, so I will grant you this one.

I know about welders. Laser guns are even worse.

Yeah, I will agree. Medical is filled with clowns.

I’m just pointing out that most of these (except lizards, but lizards downsides are barely noticeable in most situations) have advantages that can compensate for weaknesses this harsh. Meanwhile, moths have, quite literally, the harshest weakness in the game (In a game with stun based combat, being incapable of blocking a very common form of stun is a death sentence) with the weakest benefit (Gravity doesn’t go out enough to justify having a constant jetpack).