Rules Broken: Be excellent to each other, no filter evasion.

Incident Description: So here i was. All shift busy -ROLEPLAYING- and actually keeping busy. Doing my own detective work as a Assistant with just a tape recorder and a Camera. I catch people hacking into bad places and take pictures, pictures of traitor items in space and maintenance. Talk to the right people about it and try (but failed) to get paid for it.

I walk into medbay to get some heals because some asshole borg shocked doors. I walk a bit south and i get tailswiped by a traitor lizard and just shit on in general. I see a seccie in medbay and try to quickly say “The lizard is bad” before he runs off into the distance to whatever instead. AS IN, QUICKLY SAY IT TO GRAB HIS ATTENTION.

And then this guy Bane tries to LOOC me and call me out for LRP for literally no reason because he afks for all shift in medbay doing shit all as everyone but him is busy doing surgery and other things.

And then i have to read a report on the forums about it like the most cringe shit ever where he cries about it and making me look bad at the same time. 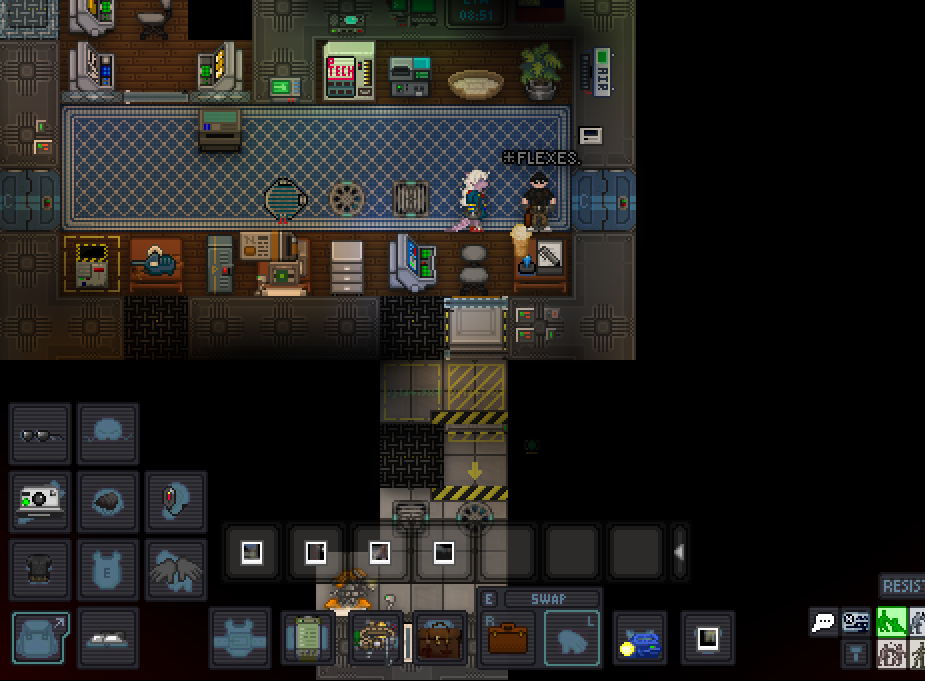 There is more RP coming from me in this picture where i got a medal for my work from that same round than he probably managed to do all fucking shift.

So let me get this straight real quick

NVM you turned around to then throw a slur at him. Yikes man. I get that it was unecessary, but that’s not really any better.

are you really reporting someone over a single LOOC message

Reporting them because they decided to make a report about it. Given literally no context from either him or the admin which in turn does make me look like some LRP moron.

But i forgot in a game where you can burn people alive, stomp on their heads and eat their organs while sacrificing them to some ancient dark god. A shortened slur would be more crazy to read/hear.

I guess making reports that make others look bad on purpose is fine and then have a admin/mod lock it without context. Ok?

Figured I’d give context to the screenshot shown since I’m in it, the captain allowed me to have his medals so I could give out ones to those that found Ian for me (which is unrelated to this). Randy (Dutchylwd) came to the line and spoke about their freelance detective work, showed me photos which you can see above. Since I always want to promote assistants being useful/players roleplaying I gave him the medal as encourgement.

I didn’t see the LOOC chat or the insults so I can’t say if this was before or after I gave him the medal though that being said it looks like it was a bad interaction between both of them.

How about this: We both take our reports down. I don’t really care that much for the gamer word (yes I reported but that was because I was more pissed about the “he bad”). Then we can get along again

You cannot report someone because they wrote a report on you.