Please give me feedback on the Kilo Station map testmerge. Bug reports are appreciated.

No AACs is a known issue already.

wait is this real or a meme

Updates Kilo Station and re-adds it to rotation

Another issue is a whopping 50kW power drain in Atmos. I’m trying hard to fix it.

edit: I fixed it 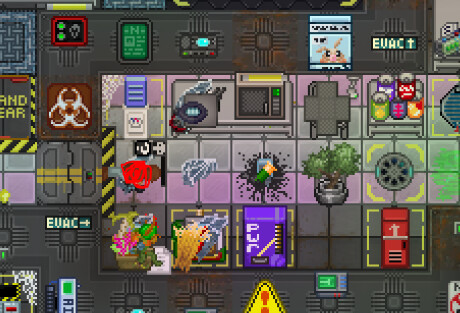 Disposals eject at the red dot. All the trash gets ejected there.

No comfy chairs in the Council Chamber, instead you have to sit on cold, hard metal in the place where all the most powerful and senior members of the station gather.

Toxin Lab APC is not wired

no spare id safe on bridg

Issues I found with the map:
Bartender starts with 2 lethal shells for some reason.
Bar backroom missing cable coils for construction
No service techfab

And most importantly:
It’s Kilo
You can’t fix that

All in all I’d rather play Flandstation with 5 players than Kilo.

Bartender starts with 2 lethal shells for some reason.

That should have been fixed in the latest update.

I don’t see why a bartender needs cable coils, but I’ll add them in. 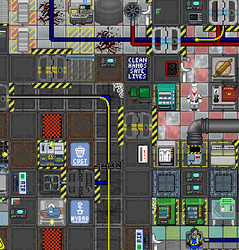 It’s Kilo
You can’t fix that

All in all I’d rather play Flandstation with 5 players than Kilo.

And most importantly:
It’s Kilo
You can’t fix that

shit tier oppinion, i played 2 rounds in the TM and i had a blast
though it should prolly be set as a low-med pop map, it’d be a bit cramped for 50 or 60 or whatever li
living

lots of issues to iron out, but i had fun.

should prolly be set as a low-med pop map

Er, wasn’t that how it always was intended? Did we change the description?

I’ve said it once, I’ll say it again.

If we wanna play bigger maps on Acacia, then we can maybe use the voting system for a Yes - No to Kilostation? thereafter, put in the usual rotation of maps if the vote says “no” to Kilostation.

Well yeah, that’s the natural conclusion of anyone who plays Acacia during normal hours. Lowpop server should have lowpop in consideration.

Unfortunately, Acacia is the unwanted child specifically meant to not have direction. It was meant as a replacement for Golden so, “the project didn’t have multiple directions”.

Its very purpose is to be so. You can ask the admins themselves.

We’re most likely not going to do that.
The whole point being, that we want our servers to basicaly be the same.
Thats of course not the case as is, due to low pop…
but thats goal anyways

Please for fucks sakes remove the motor oil from spawning INSIDE THE SM CHAMBER SO WE STOP HAVING ROUNDSTART DELAMS!

oooh wow, I was there for that delam speedrun round.

I see you are patching issues as fast as we report them, that’s impressive