CKEY:
JxilBreak3
Admin’s CKEY:
Ivanmixo
Ban Type:
Name/Appearance ban
Ban Length:
Indefinitely
Ban Date (YYYY/MM/DD/):
2022/08/18
Round ID:
39957
Ban Reason:
Name matches a fictional character
Appeal Reason:
It is in fact a common name, nor am I mimicking said character in any way whatsoever.
Additional Information:
So I was going about my shift as a roboticst, David Budd. You’ve probably seen me as Captain, HoS or other roles. It’s a name I’ve been using since the beginning of this year, and also pretty much the only name I’ve used. Now in this round in particular after someone named Robert Bauver (No clue what CKEY) said: ‘‘david sorry if admins get on you for your name’’. Immediately after I get bwoinked by Ivanmixo asking what the inspiration is for the name. After which I said it references a character but said character has a common name and don’t imitate the character nor look like them.

I started my journey on this server here as David Budd and mistakenly named it D Budd, which an admin helped me point out and fixed. That admin did not see any problem with the name. (I should add that no one has ever said or pointed out anything about the name in that ~6 month period). David Budd is his own unique character using a common name and I’ve built up a reputation around him. (most notably the Yo! thing

I hope to be able to use the name again, you could say I’ve gotten quite attached to it. And honestly in my opinion there shouldn’t even be reason for me to make this ticket but here we are.

Side note but nonetheless important
Don’t treat this part of the appeal as a report for the below mentioned people as they are all playing unique characters as well, sharing names with known people. It is just to make an example of why it is unjust and just a general waste of time. These names can either be recognized or just be found with a quick google search, it is nearly impossible to have a name not match some either well or barely known. I should also mention that these are just characters from the same round that I got bwoinked, just a single round.
Julius Wright (actor)
Julius Raab (politician)
Phil Smith (sports)
Casey Evans (actress)

And that is just the round I got bwoinked. Now to top it off after Ivanmixo asked me for a new name, I told him just give me a generated name, which turned out to be Calvin Watson. Also a ‘reference’ to an Australian cyclist.

I thank you for your time and for reading the appeal. I hope you understand the situation and I hope to be able to play as my character again.

I’ve seen you in numerous rounds, but the name never reminded me of anyone in particular when I saw it. Also, those are some good points you made. “Skywalker” is literally one of the last names that you can roll by making a character, but at the same time, we have rules preventing references in your name? Seems a bit goofy to me.

Also, those are some good points you made. “Skywalker” is literally one of the last names that you can roll by making a character, but at the same time, we have rules preventing references in your name?

Removes skywalker from the list of random last names

You admitted to the name being a reference. Even if in name only. The others may not have been, but yours definitely is. The names you mentioned are not popular enough to warrant a warning compared to the main character of a netflix series.

I have literally no fucking clue who “David Budd” is OOC. What Netflix series?

Whether they are intended or not, they still share a name with a ‘famous’ person, no? Yet they built their own unique character around it. In the time I have played I haven’t gotten a single remark about it being from a series, as it is just a normal name. It is inspired by a series, sure. But just like those other people who may or may not have used it as inspiration, I haven’t mimicked the character in any way. And I personally don’t think it bothers anyone. Literally no one benefits from this and it’s just a punishment for me it looks like.

Extremely high profile names like those from world leaders or blockbuster movies or whatever, sure. I understand that those names are not allowed, like actual famous people or names people recognize. Even last names have that effect like Trump for example.
It feels extremely nitpicky to force me to change my name. Like I mentioned no one recognized the name as being from the series. Just one who said Sorry if admins get you for the name which quickly prompted you to ask me about it. No offense but from a players’ perspective it just looks like a there was nothing better to do other than waste both of our time.

Yeah like seriously I’ve never even heard of a David Budd other than the character on this SS13 server before… but like really what Netflix series is this name supposed to be from.

I mean we also have a person named after an american politician who is immediately recognizable as such due to said politician running for president at some point.

I think this is a rules as intended versus rules as written issue.
I would like to vouch that David Budd has been a character I see on an almost daily basis and I never thought about it twice. It very much is a common enough name, and I don’t think the character in the TV show is being referenced by Jxil’s character in anyway other than name. (definitely not appearance AT ALL)

David Budd is clearly a uniquely created character, made with the intent of roleplaying on our beloved space station.

I second this, i’ve never thought of his name as something that might be a reference and he’s a great player to hang around with, he plays daily, is always very helpful and it’s someone my character can always count with, he built his name and reputation during this time and it would be very sad to suddenly stop seeing a David Budd

The statement provided by Rook is also an interesting take. 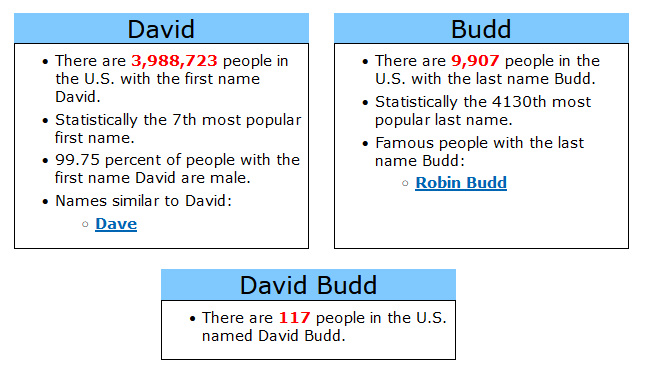 Yeah this seems common enough. (David Budd doesn’t even show up under the famous people category)

EDIT: Did some more looking into the TV show it’s apparently from. First result is Bodyguard, a British TV show about the PTSD stricken bodyguard of a pro-war politician. Six episodes, with 10-11 million viewers watching the finale live when it aired. It’s not a character that translates well, like at all, so I highly doubt they’re in any way roleplaying as David Budd.

Based on the testimony of others, this guy seems like a good guy playing a good character, and I see no valid reason to keep him perma appearance banned (and thus preventing him from roleplaying a consistent character across multiple rounds if I understand how those work)

You’re not appearance banned. It’s just a note, by the way. This appeal is incorrectly labeled as a ban.

I mean technically a note would ban him from playing his character, semantics wise

Indefinitely: for an unlimited or unspecified period of time.
I think the ticket made it very clear that I would no longer be able to use the name, and when I asked if I could appeal it, that that could be done in the forum. Considering there’s only two types of appeal (game ban & discord ban) this seems like the only semi-suitable category

Should label it as a note appeal, not a perma appearance ban, because that is not what it is.

But how is it differently than a perma appearance ban if you could explain, if it’s really an issue move this thread to the right subforum

It just completely locks you out of a custom character, you’d be forced to use random body + random name.

Ah right, well I couldn’t find the appeal section for appearance type bans, not sure if it exists, which is why I put it in this subforum. It’s also why I named it a name ban in the title for clarification.

Yo, initial post has been over a week, just a little bump requesting for an update