Yes, this is a salt thread.

Please remove it, replace it, or make the objective far more rare than it is. It is awful and terrible in every conceivable way.

Extended round tonight had a Ninja spawn twice. Both times I had an objective to capture 8+ people in Ninja prison. (Yes, it was bad conduct for me to opt in both times. No, I won’t defend it)

I know a sample size of two is small, but holy shit that is a lot of industrial strength round removal.

Ninja prison is, actually, worse than round removal. You don’t get to observe, you don’t get to opt in for ghost roles, you do not get to participate in, watch, or discuss the events of the round you just left, in any way shape or form. There is no happy discussion in Ninja prison. There is no getting together and doing RP in Ninja prison. There are no funny team gimmicks to do in there. There is only salt and tears with no outlet other than committing suicide.

I thought getting husked/round removed was the worst thing an antag could inflict on somebody but I was mistaken. Ninja prison is worse. I think the only way it could be any less fun is if the energy net just banned your ckey for an hour.

Could someone send me a pic of ninja prison, I’ve never seen it tbh, is it the same as adminprison?

I dislike ninja prison too (ninja in general tbh)… having it be used on you feels so bad, I dislike it. Even if yeah you can break out of the net… Still feels bad.

Extended round tonight had a Ninja spawn twice.

Ninja can only spawn once without admin intervention.

I know a sample size of two is small

Ninjas only have four possible objective types, and they get three of them + escape/survival when they spawn. There is only a 25% chance for a ninja not to have a capture objective.

Could someone send me a pic of ninja prison, I’ve never seen it tbh 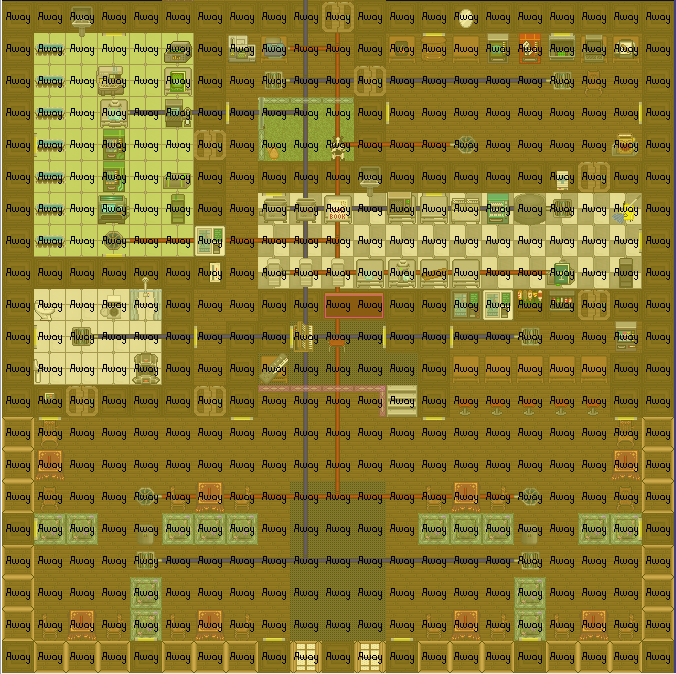 The Ninja prison was good when it still had the VR pods, but that was like 4 years ago so I don’t actually expect you to know what that was.

Why did we remove those again. I have a vague memory of those existing.

Nobody updated them, so they broke.

They were in the codebase as a unticked file for like 3 years, until I completely removed those.

I love them, and I'd absolutely love if someone brings them back, but they don't… have a TGUI interface, I don't know how to do TGUI, and they aren't ticked anyways, they've just been sitting here for years doing nothing. No changelog because it doesn't change anything.

Ah so the dojo is actually the ninja prison.
I was working on a ghost spawner there so that people can practice fighting lol.

Originally it was a maid café

We could port /tg/'s ninja dojo (or prison, depend how you like it: 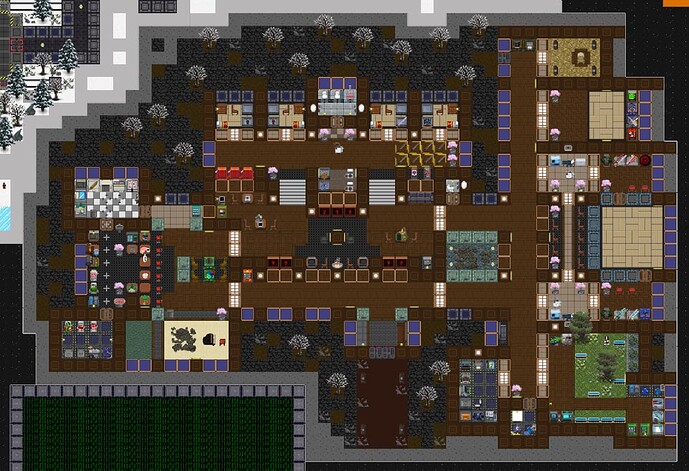 Could also give a shot at the Syndicate base (with some major tweaks of course, I’d doubt that the Syndicate would assault any NT asset if they’ve a plasma pool in their backyard… 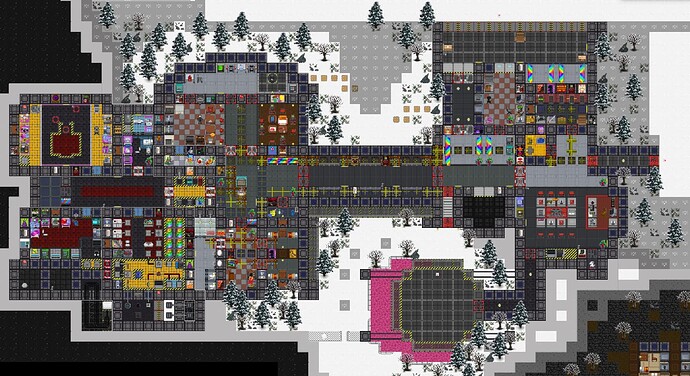 Either we give imprisonment some purpose/make it escapable or we could pretty much make the net just gib people cause it’s just a permanent round removal and being an actual ghost with ability to observe, comment and maybe grab some in-game role is more enjoyable than being locked up in a place you can’t physically escape in any way

As to not a permanent round removal solution

Ninja prison could be an outpost or pod in space (or potentially multiple pods just for prisoner or few) which explorers could intercept and bring them to station. Give ninja ability to visit those so they would have to rotate between station and prisons to make sure people remain there

We could also potentially add ability to convert imprisoned people to become lesser ninjas if crew didn’t bother to locate and free them. It would still take some time as prisoner so being caught in net wouldn’t be an attractive solution and way to become antag, it’s just a light of hope for getting some purpose and action out of it at some point.

And we would finally have opportunity to yell ‘Ninjas, scatter!’ while serving justice to NT executives and their goons 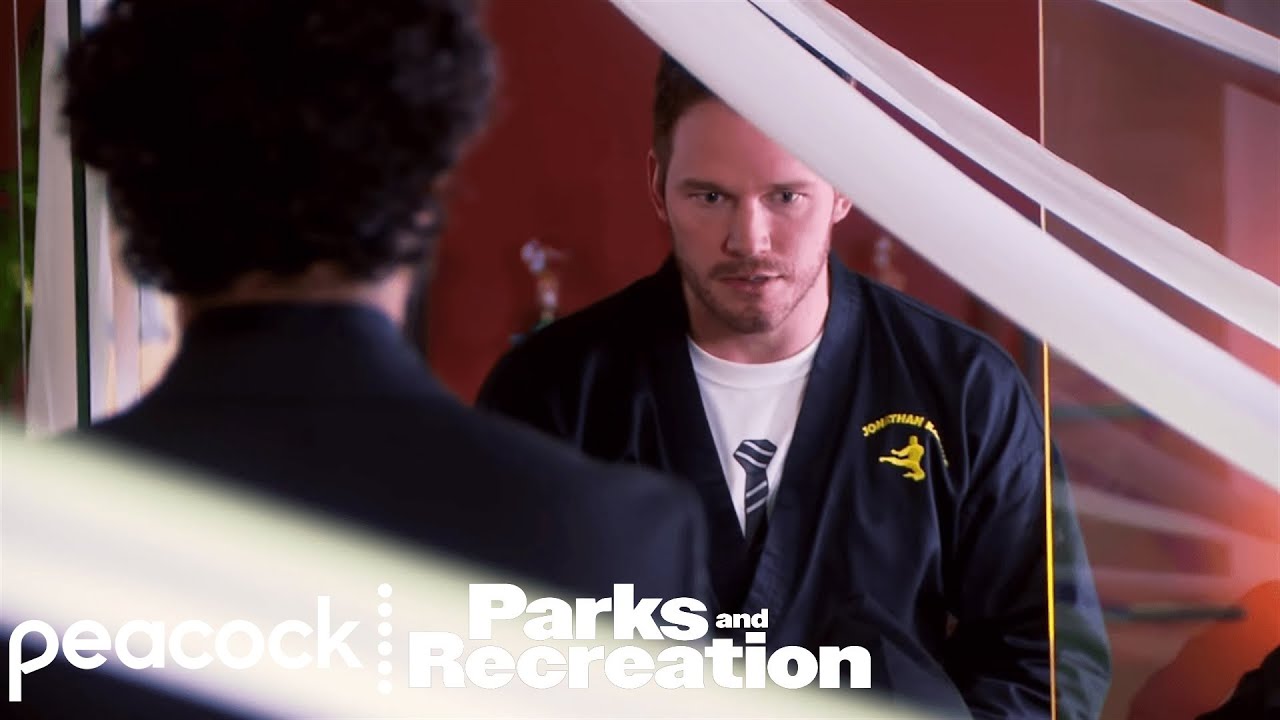 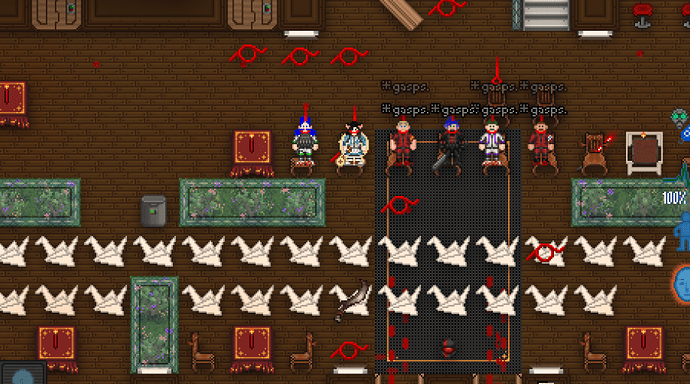 This is ninja prison

If a nukie team is sent, lore wise, it’s not because of the plasma, its literally used for flamethrowers by said nukies because they are elites

it’s because they stole a nuke, a technology only NT has the blueprints for, and the only people who can detonate a NT nuke is a person with a NT disk. (the code is easy to crack so they did that in advance)

But the stolen nuke part doesn’t even matter,
the entire goal of nuke ops is to steal the disk and bring it back to the syndicate. Blowing the nuke up is a formality to give a giant “fuck you” to NT.
With the disk, they’ll just be able to enter any station’s vault & activate the self destruct with NT’s own tech.

Honest to god, either port new TG ninja or remove ninja from the rotation entirely and make it admin-only. Ninja just isn’t a fun antagonist as it stands, especially since getting ganked with no RP by a random ass space ninja with capture / assassinate objectives just isn’t fun and Nanotrasen-aligned ninjas are often times just… lame.

Also any antagonist that can permanently send you to gay baby jail is kinda just bad game design.

Ninja just isn’t a fun antagonist as it stands

I had some pretty good rp with a ninja earlier today where i payed him 3000 credits to kill one of my targets as CE (i rolled obssesed midround). What im trying to say is that ninja’s can rp.

oh you meant on the recieving end?

who cares, rolling antag is your winning ticket for FUN

wait is this why people made that forum post about removing ninja? IS THIS ALL, SERIOUSLY?!

Needs more to do in there. Currently its only service. Add medical and space to build elaborate crusher traps and it will be better.

Also… I don’t know if I really need to point this out… But you know you guys can just… ghost… right?
Its an effective round end. I don’t think admins are going to complain if you tag out

(Add a crematorium for a fun way out)