Is this for both servers or just one? If so, which one: Both servers

Ban Reason: As a Head Of Security, stunned and thrown CE into the SM. Later he suicided in the SM and disconnected. Auth by Caecilius

Appeal Reason: Okay yeah, that happened. This is a very cringe and sticky situation so lets explain the course of my actions. Its MRP. I join in as HoS. Ai is yelling in sec channel about how Alfred got permabrigged ( which is just unheard of). I got down to perma to check it out. Alfred tells me that it was CE who caught him and that CE is a retard. I decide to help Alfred out because that perma reason seemed fishy ( from what I knew at the time Alfred Collins got put in perma just because he was being near the vault) so I go down to find CE. I think I let Alfred go ( he got caught later anyway lol). I proceed to go look for CE with the medbay pinpointer thingy. So this is the important part. I get into maint with my light on. Then I suddenly hear someone shooting a ballistic or something ( Im still not sure if that actually happened or I was just mishearing things/ hallucinating in game) and then CE stumbles into me with his hardsuit helmet lights down. So the thing I took from that is that CE tried to shoot at me ( which he probably didnt, seeing as Im currentlly banned) so my validhunter cocke starts throbbing and I stuncuff CE and beat his ass to death. I remember he said something like “nice murderbone” when I killed him so I was sure I got an antag this time. Then I proceed to go down to SM and throw his ass in, seeing it as a fitting end. When I throw CE in that dumbass fucking BYOND bug happens where your movement kinda gets stuck so I get dusted by the supermatter too. I was understandably mad so I left the game, only later realising that It was a big bad decision to instantly dissconect as a head after doing something that can be bwoinkable.

Additional Information: Just realised I got permabanned from bee when I tried to connect today. Seeing as I took a decent enough break from ss13 I would love to see my ban removed or at least shortened/expanded to an MRP only ban ( we all know Im not gonna roleplay shit out

I dont even have that many notes br

Actions like dragging, magboots, and bolas in pockets are broken

If you have a bola in your pocket or on your belt it permanently slows you down. The movement changes ike merged are very broken

I never even fucking caught Alfred, I was looking for his ass in maints, cause he broke the fuck out of perma. The guy broke into vault and tried to open the safe or some shit in there and he killed multiple people trying to get back out if I remember correctly. Anyways, I just entered maint, only armed with stun weapons, when you pop up, immediatly open fire and say you don’t give a shit about me being CE when I said I’m CE, you got the wrong guy. Randomly helping Alfred when he is permad for a valid reason because “He Alfred I must suck him off” is fucking metagaming and killing me and throwing me into sm over false hearsay, that I arrested someone is such hard fucking overescalation without any real escalation.

hardsuit helmet lights down. So the thing I took from that is that CE tried to shoot

All in all this looks like a number of shitsec moves and a total lack of confirming the evidence in order to get revenge for a metafriend. 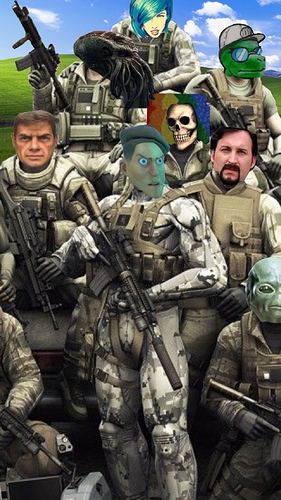 F for the fallen

I’m with Victor here these explanations given just don’t justify any of the actions. Something I can’t wrap my head around which Victor is quick to point out is why believe and help a player without any information when they were thrown in perm.

All of these points should have to be addressed. If it were up to me I’d even dive into the logs and check if the AI was even the one to bring up the perma-brig issue. Because if that shows not to be true that what we have is a case of clear meta-friends and probably meta-coms going on here.

If Joe is shown to be telling the truth on that however I’d say he acted like a fool but there’s a difference between being a fool and malicious. I’d say he should be forgiven if this proves to be poor judgement.

Yeah I’m gonna unban you but I’ll jobban you from HoS on sage for 3 days because throwing CE into the SM is an incredibly silly thing to do.

Ban lifted. Have a nice day.