How long have you been playing ss13?: Since September 2021

Who vouches for your experience (if anyone)?: Not sure

Game Experience (More Detailed): I have maybe 600 or so hours in ss13 (not sure because the playtime is spread across different servers), playing since last september with a long break in winter, played on basically every popular tgcode server. Started playing on Beestation in late may. On Bee I play mostly assistant and scientist, but lately I’ve been playing service and entertainer jobs, also had a time when i was just observing all the time. On other servers (yog, tg terry mostly) I played chemist, bartender, assistant and botanist most of the time. 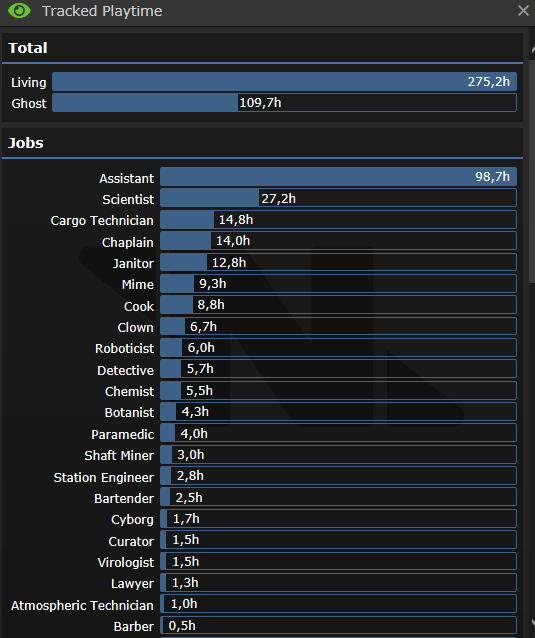 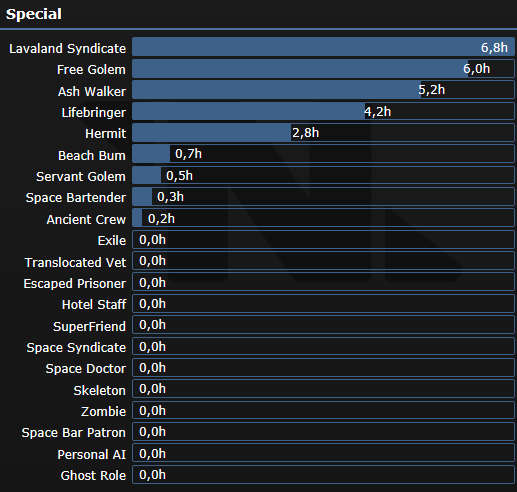 Hmm hours are a little thin on roles but that doesnt always mean everything, question time:

Too many recent notes/bans for my liking, remember that mentors represent us to an extent and are considered to be a part of staff. -1

I assumed the fourth question was purely about game mechanics and not about rules. If they asked about whether they could do it or not, i would of course direct them to ahelp

Good answers, bans aren’t too recent, so I’ll give you the benefit of doubt and give you a +0.5, if you get more hours in some different jobs I’ll happily give a +1

I’m unsure if a generic doctor should know that.

MDs can know technically, but should only jump to that conclusion when all else fails or there is a known outbreak.

Romerol if not detected early can kill basically everyone because zombified people count as dead, but you need to team up with another traitor

Romerol in beestation is only 20TC but you need hijack or martyr objective to purchase that, which means you don’t need any cooperative traitor.

Yes, I know, I already made an edit earlier

Sorry for the delay, here are my questions :

Requested this to be closed.