Making crossbreeds now requires you to insert a small artifact into the slime first.

Not empty quoting. Imagine expecting the explos to bring useful things back to the station!

honestly explorers are cool, but relying on them to actually be useful is a joke. most of the time science needs to make toxin bombs or golden mobs to even get discovery points. 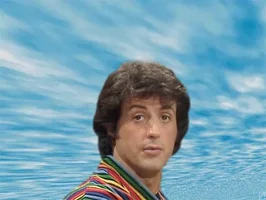 I almost always go out of my way to do explo points, but disks are hit or miss.

Hell I do more disks as joyriding assistant than anything else.

Most of the time science will just make miners grab a discovery scanner and scan megafauna since miners can get them faster and actually have an incentive (mining tech and better ORM) to scan stuff unlike exploration.

Exploration is most of the time useless since they won’t gain anything from scanning stuff, they really need an incentive to scan stuff and upload disks.

xenobio can speed up their suits and give them healing shit.

while this shitpost was made to parody the botany nerf, it has some basis and could probably actually work, lol.

I’m 50/50 getting scanners as miner since I generally just take the sci shuttle and mine asteroids (which give you way more rare mats and is orders of magnitude safer, but at the cost of way less disco).

Realistically explorers DO gain things by getting parts to upgrade the shuttle (less fuel mining, time wasted overshooting sites) and any xenobio stuff they want. But not all explos know that you can do that so they don’t bother.

I’m beginning to wonder if miners should just have discovery scanners in their lockers if we already have things like plant bags in there. Miners don’t have to use plant bags and usually don’t because it’s their choice, just more convenient than walking to botany to get one in case they did.

Or some of the sandbags.

Well, helping others is its own reward for some people. I’m guessing you just personally don’t give a shit about other players shifts and need a big carrot so you even lift a finger. Also, you clearly don’t play explorer enough if you think they don’t want to upload disks like boh and such so they can hoard all the shit they gather and teleport back to the station on their own without building a quantum pads.

I was always saying that more things should be placed on lavaland and exploration locations, slimes, plants, technologies, chems that when delivered to station could boost progress or even unlock things that would not be accessed otherwise (especially late tech, I really feel like we don’t have much variety between what is researched each round while by design it should be the other way around and it should be almost impossible to research whole technology tree even during longer rounds), there should be something of value for almost every department