The definition of the “Enemy of the Corporation” charge reads like this:

To act as, or knowingly aid, an enemy of Nanotrasen.

Note that this says to act as, not to be. This means that you can’t execute them unless they’ve done any antagonistic behaviour yet.

Damn that is true, will definitely use it to save more EoCs from executions so their round isnt ruined by random search

Acting as is even less conditional than being, you have it all wrong.

Being in possession of C4 doesn’t mean you are, it’s just contraband that happens to be an explosive.

To act as, you gotta do shit such as stealing high value items or assassinate someone.

If you execute someone for owning C4 (NOT A SYNDI DUFFEL BAG), then you fuckkin suuuuuck!

If you grabbed someone with a syndie duffel bag, or someone planting C4, they they’re acting AS an enemy of the corporation

Demdisco brings up a good point.

Sec could always random search someone who was bringing in contraband they found. Find C4. Assume they are lying. And its over with.

TBH what irks me is the extent sec go to in their random searches, you got bag and pockets, just move on unless you have a REALLY GOOD reason to doubt them

Yeah, I just usually gulag over valid contraband, if they are antagonists, they get to try again after a few minutes, if they’re not, that’s saves them the trouble of being valided or banned, depending on the server.

Are you talking MRP or LRP?
Eitherway, not perma’ing antags is dumb, you’re gonna get someone killed

Gamer gear makes you valid on LRP and is bannable powergaming on MRP.
When a guy is just carelessly waving an emag or a stetchkin around, that’s when I gulag. Yeah, I will get a murdering desworder killed on sight, that’s for sure.

What about heretic gear or cult gear?

Antags are meant to bring spice into a round. Who has fun because seccie the sec bag searched all heretics 5 minutes into the round and got them all executed - despite them not having done anything illegal apart from possessing heretic shit?

Crewmembers dying to antage is gameplay, and that’s supposed to be what makes the game fun .
I want to do my job with paranoia and fear that someone might arrive behind me with an esword and take me down - that’s what’s supposed to make the game immersive.

Tell me, where’s the immersion when all antags are gone and executed on the spot because of random lucky bag searches ??

The worst part of all this debate is - when a bunch of seccie call me shitsec for trying to ONLY tracker+lethal chem implant an heretic and releasing them.

Bro, you’re trynna kill a dude’s fun AND everyone else’s fun solely because you got lucky and he happened to have gamer gear on him. Apart from the seccie who caught them, no one had fun and no one will have fun.

And don’t get me started on how HEAVILY i believe that “EotC” is 90% of the reason why people on MRP validhunt so fucking much.

Dumb, if sec lets go of antags which they’re effectively obliged to perma, and that antag gets someone killed, I see literally no reason NOT to over throw who made that decision and execute them and anyone who defends them.

Hide your stuff, yourself or kill the seccie? Your mansus grasp is very powerful, you know; throw in a bola to help yourself, make a couple of nades if you need.

you can just borg them to keep them in the round.

Yes you should not let antags go just so you dont ruin their round, but cant you just destroy their heretic items, replace hands with prosthetic, implant and just monitor them ? Not sure if that would work or not.

First, it all depends on what space law sets. It doesn’t necessarily mean contraband = you’re EOTC = you die/perma.

The game isn’t about projects anyways, it’s about living out shifts with antagonism, mechanics, and dysfunction within. That only applies for extended.

The best games are close-fought wins or losses anyways, use your judgment. If the station is suffering then sure blow their skull open, if you caught them 10 minutes in and nothing has happened, consider opting for the lightest option possible.

Your god-tier seccie is the one who can find balance in this, same with AI too.

Your god-tier seccie is the one who can find balance in this, same with AI too.

AI has less leeway there due to inaction being a part of the common lawsets. A good AI is a police state AI. While that might not be the most fun, it IS the most efficient and the most logical.

Immediate harm is generally much more important than wide extrapolations, and shifts are presumed normal until otherwise.

This is mostly just aimed at like, getting a guy instantly perma-brigged because you reported him taking the CE locker or smth.

while true, it reduces the amount of potential harm. Just to elaborate what I mean, here is a very interesting video regarding “AI” 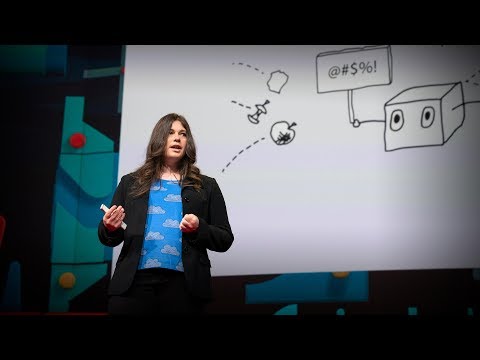 I generally just avoid thoughts of potential harm unless the rulings allow it and i want to, or it’s extreme.

I just said my self contraband != EOC, bro…

game’s over when antag man is caught, if antag man didn’t want to get caught… don’t get caught!
I don’t always exec or perma antags, on the very rare occasion where I can guarantee surveillance and swift re-capture on first fuck up, I let em go

If you don’t want to be executed, make sure you don’t fuck with the atmos, either through flame thrower usage or explosives; at least that’s how to get good will as antag from me.