After many struggles and months in development, the map is ready.

Talk about what’s wrong about it and what should be fixed/changed/[insert thing here].

Picture of the station in the current version (1.8): 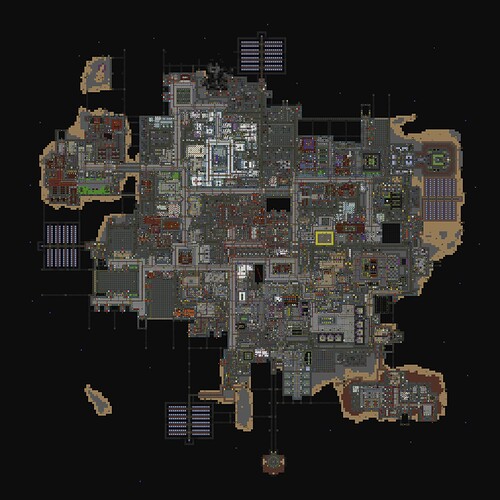 Explorers could use a discovery scanner on their ship or in their prep room. More a QOL thing so they dont have to run over to R&D every single time.

Edit: Also complaints there is no copper at the start of the round.

The fact that mining shuttle cannot dock is a known bug already.

really beautiful map!
would it be possible to turn the shower room into separate small rooms, just like the toilets?
showering with all your stuff on the floor isn’t great. maybe a 1x3 room with a locker and a button to toggle bolts would be better

Mining shuttle cannot land at the mining outpost dock, it lands somewhere else.

My full notes :
-It’s really big. It feels nice, and not cramped
-Chem should have a chem lab. Apothecary also feels incredibly cramped despite being larger than meta.
-Really like how bar finally has a rather isolated gambling room.
-the windows into a few parts of maints, and maints having catwalks, looks great and is a nice touch
-science looks fucking radical
-service area is hard to find surprisingly - and not much incentive to cross that corridor.

I left in the lower escape pod from a cultist round with a cultist win (round 33888), though the pod didn’t send us in space. People could still get on, and it counted them all as escaping the station from detonating. The pod monitor did show us landing on lavaland, but we stayed attached to the station the whole time.

there are three internals crates stacked inside the arrivals shuttle., next to the unusable shuttle console

There also aren’t nearly enough pods for a map big like this. Nearly impossible to escape.

Originally there were too many escape pods on the map, the map has maximum number of them already

The map is really pretty. Looks like people could actually live and work in there, compared to the blandness of box and box clones

Would love for the official perma to have bartending/cooking gear so you can make a lot of shit. And a cargo request console so they can harass cargo to send them fruits/meat/carpet via delivery system (outside of perma, so sec can check it, and it’d allow for fun dumb shit like hiding an emag in a cheese wheel) 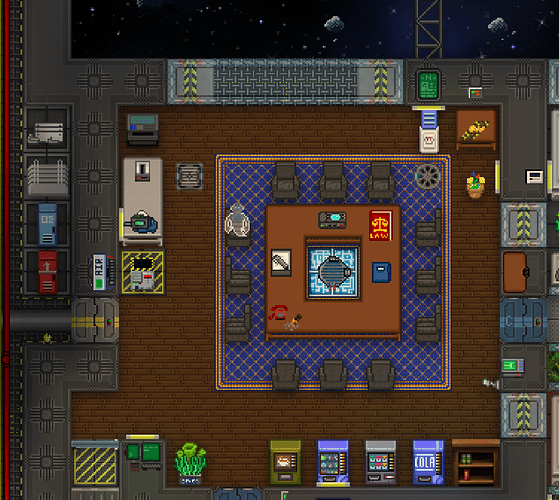 Cargo’s really hot, I love it as a QM main, 10/10
One small issue, though, the loading doors on cargo can’t be used due to the directional glasses being around it

Edit: Looks like the evac shuttle is misaligned, some doors from evac lead to walls on a shuttle. 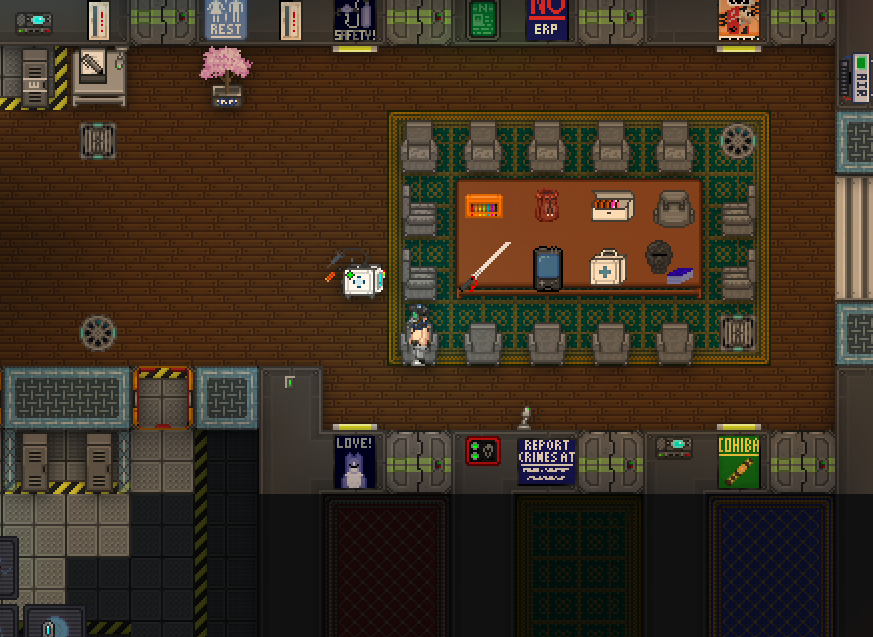 Shuttle also has doors to space

Need more signs pointing to medical. Its the #1 place people are looking to go in a hurry and It took me almost stumbling into medical before I saw one. Should have signs from arrivals to medical.

Shuttle doors weren’t lined up with evac doors, (At least the top 2 doors)

brig physician doesnt have access to leave their workplace

apparently there are no exploration comms