Appeal Reason:
Firstly, I did not do a “Trans joke”. I’m not sure where this is coming from. HOP was being toxic during the round, he stole a wheelchair from a clown which i attempted to get back, I failed, then HOP comes out and starts to just be toxic. He starts telling me how mad i am and to seethe and that i’m a bald bitch, to which I respond dilate and call him a furry.

Sure, this isn’t great behaviour but considering a random HOP is just standing around insulting me, I thought it was appropriate.

In return, some admin gave me the paraplegic trait meaning I couldn’t walk away, while the HOP continually kept insulting me, also over comms.

I didn’t think dilate was a joke about trans people, just something to respond to when somebody is being toxic. I said this during the admin report, to which I got banned permanently.

My bad behaviour during the admin report, is due to a random admin breaking both my legs randomly, to which I think I had a right to be annoyed about.

The word “Dilate” is not a joke about trans people, and if it is, the word “Seethe” should be met with the same exact punishment. If it was because I was saying He, I was never corrected about pronouns by either the HOP or the Admin, so i’m not sure what’s going on. 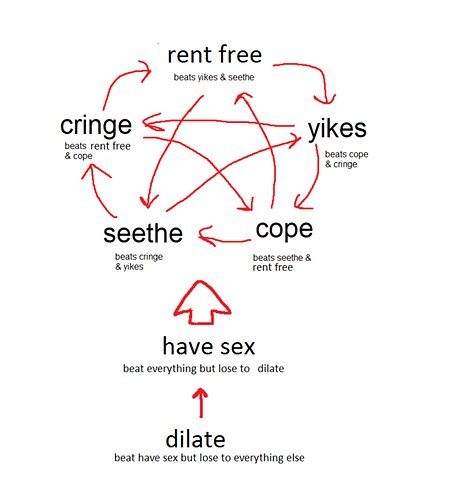 Just to be clear, If the admin said anywhere in the ticket that “Dilate” was a trans-joke, I would have apologised and said my bad, I even asked why dilate was worse than seethe, I was genuinely unaware and the admin being just a little understanding that it’s a possibiliity not everyone knows would have been great.

if it is, the word “Seethe” should be met with the same exact punishment.

I’d love to. We’d just have to snap a large portion of our playerbase if we did.

The word “Dilate” is not a joke about trans people

You can say things, doesn’t make them true. If so, I’d love to hear the origin of the phrase in your context.

…that i’m a bald bitch

The word ‘bald’ appears nowhere within the HoP’s logs.

Someone is going around talking shit, you tell them to reduce, it’s that simple.

Literally just a word to say tone it down. Literally, to dilate.

…How did you manage to completely screw up a dictionary definition. 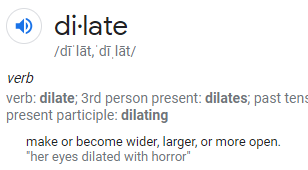 I was the HOP, I can comment on it when the round is actually over

Fair point, I completely forgot the round was still going and that’s not good stuff.

I’ve seen the logs and based on that information I think you need a break to think about how you interact with other players.

That’s putting it nicely. Even if your intentions weren’t inherently evil, it was still a shitshow to look at.

I was responding to how the HOP was acting. Fully agree it was a shitshow and I was out of line, but I am absolutley not anti-trans and I have no idea why that was put as the main reason in my note. Also don’t know why an admin made me paraplegic, instead of you know, just boinging me to say that thnigs where gettnig out of hand.