This thread is for appreciating Deemusz Moments and loving our lord and savior, Drumas Volksburg…or was it Dumbass Volleyball?

Dimas Valozk. You have an actual: literal fucking dent in your skull. I was on station for literally one minute: and just got into my office (HoP) before you came in and arrested me for being in the HoP office. I asked you to check the manifest: but you decided we should stand there for ten minutes before you left me naked and handcuffed in a hallway that had no air. You have no business playing a head role: because you have genuine: real-life brain damage: you unbelievable retard.

i dont really like dimas i met him like once at the game, he was pretty slow, but its ok, anyways GUYZ I WANT TO HIT THAT 1K PLEASE LIKE ALL MY REPLIES, HIT THAT HEART BUTTON NEAR MY REPLIES

Ping Crossed on Disc, I can’t give Admeme as far as i see

Is that a fucking TTV-

I’ll never forget the time he went to space and forgot his internals.
Truly, based and robust. 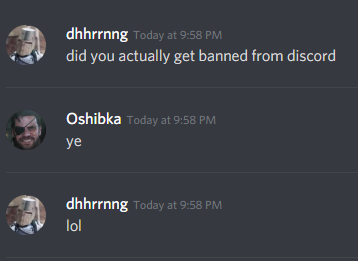 i still laugh at that one time as syndicate comms agent i fooled him into thinking i was a rouge sec officer who stole his krav maga gloves and had him run around the station shit talking me untill cap told him i was not a member of the crew.