Blueturbo47 banned for ERP by Ruko

Which server did the ban happen on? MRP

Appeal Reason: Never even erp’d… The person I was with had to go ssd, They asked I go into dorms and wait for them to come back, I went into dorms and then buckled him to the bed and spammed by spin flip clap macro because we like doing it together a lot.

Also, before I was able to defend my case ruko admin dm muted me and then banned me, dm muting me makes no sense it’s like you almost wanted me to get banned without defense

Additional Information: Me and Salty are close, we have been for a few weeks now and we have never erp’d in bee before, Salty doesn’t like other people watching him erp and we have only erp’d in discord dm’s.

Best part was there was no like prior speak relating to ERP. I just went SSD and he spammed his macro

Out of context, I meant we like doing spin flip clap marco a lot.

Location of those coordinates is this bed, where the sheet had been removed. 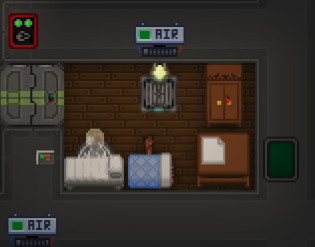 On that bed were two felinids, one buckled to the bed, and the other standing upright on top of them spamming what I saw to be clapping. Ghosts reported ERP in the dorms, and when I jumped over and saw it I asked the opinions of the other available admins.

Second player, @SaltyPenguin, was SSD at the time of the incident, but it was later shown that they requested to be brought to the dorms so they could SSD. You then piggybacked away from the dorms together while this was being discussed with admins.

I will again ask @GameAdmin for their opinions.

Nothing about this was ERP

What exactly were you expecting?

To everyone else, this is a ban appeal thread and peanut posting / off topic discussion is not allowed.

Time to throw in an opinion to balance the scales.

They took their friend who went AFK to a private area while they came back. Both parties agreed. This isn’t a problem.

They placed their friend on a bed and then straddled them. Okay, pretty weird. But they’re just standing on top. Not a big deal.

Then, it happens. With the force of one-thousand suns he begins to clap. This could be emulating the sound of cheeks clapping. Could.

Given that they took their friend that they self admit do erotica together into a private area, like stated they only do this when no one’s watching, then began the process of beginning ERP without starting it doesn’t look too good.

Now time to answer my first question. Was this done for kicks? Probably…

You got to understand that:

Salty doesn’t like other people watching him erp and we have only erp’d in discord dm’s.

Doesn’t make this look too good.

If you want to go to dorms together, there are other servers for it.

The self-admitted ERP in DMs is cringe, but nothing about this itself suggests ERP. Doing wild acrobatics over a person in bed while clapping is about as suggestive as shaking someone’s hand for 5 seconds.
Firmly. 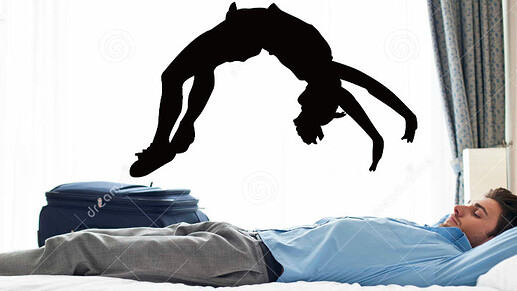