Ill go first, this happened last round on Sage

The CE was patiently teaching three engineers how to set up a singularity engine.
Right when it was finished and the claps and celebration happened, the headrev and two rev engineers murdered him.

I was exploring space with someone one time on Sage about a year and a half ago. We found the Syndie Comms Base. Apparently someone had spawned as that agent. So we breached it. I got shot to hardcrit by the Syndie. Instead of saving me, the guy shot me in the head and left with all the loot.

i get betrayed most rounds as i’m a very gullible and generous person. give someone something and they turn out to be an antag

It’s MRP, late 2019. I roll HoP changeling, and ask over ling chat if I’m alone. A shaft miner answers. We meet up and I give them AA, and we begin to plot. After gearing up we begin a reign of terror on the station; people are snatched away and murdered.

Security mobilises to stop us. Officers charge after us but are slain. The miner is pursued by the plasmaman HoS, @windowserrors, while I duel the warden. I kill and space the warden, and the miner kills the HoS. Only the CMO, @Cenrus, is left. She gathers a mob of a dozen players and they assault us in tech storage with improvised weapons, but we are too well armed, and pre-ling nerf, we kill them all. The shuttle is called, the station is desolate. All I need to greentext now is the HoS gun. I ask the miner and they tell me to meet in my office. I do.

BZZZT - PEW PEW PEW PEW. I am killed by the miner, who is the only living player at roundend.

The truth is… the game was rigged from the start

A few years ago ( i think in 2018) TG added felinds as a playable race. Most of us BASED AND REDPILLED asisstant mains formed a grey army of righteous fury to strike at the heart of the depravity. We spiked food and drinks with coco powder, mass produced laser pointers and kidnapped khajiit right activists to reintroduce them back into the folds of humanity ( preferably with forced surgery ).

Our purge was halted due to outbreak of villainous cult onboard. While running around in maints, trying to find their hideout, i stumbled upon chaplain, clad in full templar armor, getting kidnapped by a robed fiend. I rushed into action, and after a quick and intense skirmish i managed to scare the kidnapper away. We talked a bit, and decided to form an alliance to stop the cult. And fought we did, after raiding the armory and picking up the gamer gear we descended upon those blasphemers and blasted them to kingdom come. Most of the cultists were vile furries and after killing one i remarked how felind race is the most degenerate, weak and pathetic thing that i ever saw. I spared no insult in that moment, yet my companion ( ever active in trash talking of our fallen enemies thus far ) didnt say anything. He just listened and after i was done talking, he recalled we should hurry and find other cultists. So we continued, and the slaughter was great that day. He even saved my life once, taking my to safety when i was struck with Nar-Sie’s sorcery.

Evacuation started, and as the station was plunged into a savage conflict in the departures, we both decided its best to take a quiet, and secure pod. Buckled into my chair i recalled out loud to the beginning of the shift. I told my companion to never trust dirty, felind mongrels, as in their lust for power they are even willing to sell their souls to primordial gods. I instructed him, to never give any felind a quarter, to poison their food and castrate them against their will to stop the foreign invasion. As the pod launched, he asked me if he was a good friend and an ally. I told him he was the best one i had in a long time. After a moment of silence he just whispered “sorry…” and took of his helmet for the first time since i met him.

In that moment i grabbed my gun and pointed it at my former friend. He didnt even tried to stop me. He said it was ok, and after all the atrocities his race has committed, he deserved it after all. I knew my duty, but i couldnt bare myself to squeeze the trigger. As i dropped my gun on the floor, i realized i could save my honor in one way only. I stripped myself naked and crawled to the airlock. In a brief second, before i got vented into the void of space i looked back at my comrade and said " thank you".

Some part of me died that day, in that moment he took his helmet off. The longest second in my entire life.

P.S. And before you ask : no, i didnt saw the cat tail. It was coded later/ was hidden under the templar armor i dont know man. All i know that it was the greatest betrayal that ever happened to me. 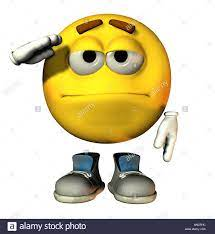