An suggestion to appease all the felinid haters

In order to prevent felinid HOP, make it so Ian and other corgis attack felinids on sight.

When someone codes it

bee culture is centered around catgirls. they have yearly votes for catgirls, they killed thousands of humans in an attempt to save catgirls. they listen to catgirl asmr, elect catgirls as their captains, they dress in pet collars to be like catgirls. they draw the entirety of their culture from catgirls.

Wait we actually did fucking vote catgirls https://youtu.be/KOtElUJw48o thanks viny1!.

You dont undertsand the catgirls are actually controlled by the lizards that want to ruin society with COLLARS and PREMARITAL HANDHOLDING by empowering CATGIRLS. This must stop and the only way to stop it is to put an end to LIZARDS and CATGIRLS. Since the first contact humanity HATED LIZARDS and enslaved them, what if the humans were RACIONAL and slavery is the only way to block the evil SCALIES?

Tune in for part 2 where I will rant about space UN, the Antihonkmother, nonhuman rights, the femboy protocol, the New Galaxy Order and space communism

any correlation with any irl conspiracy is 100% intended because it funny :)))

(cant make a more thought-out political joke, am too tired)

At this point liznerds are less annoying than cats. Literally fucking join a round first thing on radio is NYA NYA NYA NYA. „IS THAT ALL YOU SHITPOSTING FUCKS CAN SAY?”. Outside the copypasta, cats don’t piss me off, being catted by the admin not many people like whom I won’t mention is just unfunny, BUT THE NYASPAM. Literally, say nya once in a while, owo or uwu didn’t hurt anything but my sanity, an occasional dorms joke ain’t bad. But this happens every round and I cannot spawn without headset while not being deaf.

GOD you know what, I literally cannot pick my favorite catgirl, I generally like them all…that being said my favorite Catgirl is @Viny1, Sorry other Catgirl babes, but Coraline Gween is by far, the cutest Catgirl. this way beestation will be pure again from satanic beasts 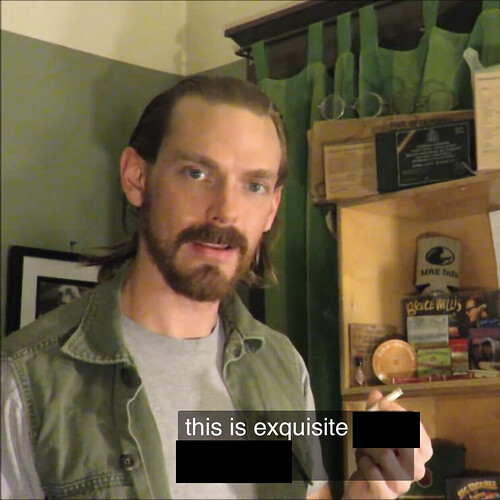 An exquisite piece of shit.

I told you you have a cult.

@KazooBard @Viny1 wait really??? am I just a sob another Simp for a catgirl???

Not a simp. I never saw viny’s catgirl nya so that’s the reason it’s my favourite cat on server. Also rp is nice like the fireaxe stealing thing and the funny phrase he said when I shoved and took the axe first.

Can you tell me the phrase cause I cant for the life of me remember.