Which server did the ban happen on? MRP

**Ban Reason: Started shoving captain after he tried to remove mime from brig and armory. After captain used non lethals, he and mime stunned captain, brought him to the his office and he started stripping him. Take a break.

Appeal Reason: The mime did nothing wrong and had no reason to be abused by the shitstain of a captain which admins agreed with.

I’d love if an admin could pull logs but Guilleco’s ban appeal has some major logs that are very important. the mime was being deputized, which does not require captain approval, but captain does have the right and ability to tell me not to.

He had gotten an egun and deputized because he had brought us a rev head and potentially saved the station. This is solid thinking, revs is designed to be mindshielded vs revs. This should not warrant a ban.

The captain did not need to arrest mime or demote me and the detective was demoted because I had arrived and they were no longer acting hos. Demoting det from HOS to det was solid as central command designated HOS overrules promoted HOS.

Almost seemed like cap and det were meta friends. This isn’t a very solid point and needs more investigation but cap was very angry that I wanted det demoted.

The captain was a shitstain, needed to stop, it was revs and he was worried about mindshielded mime who had almost saved us.
There was no reason to accuse mime of being a rev since he was mindshielded and this whole thing was bullshit.

He additionally claimed mimo was a griefer ic even though mimo had done literally nothing wrong. This is a simple log pull and is metagrudging.

Additional Information:
Ruko said captain can be mutinied if you would reasonably expect a command ban, which I did. Additionally the captain was metagrudging against Mimo IC and was claiming he was an griefer ic.
In Guillecos ACCEPTED BAN APPEAL it was ruled that the captain deserved a ban for this or at least a note, and I want my note removed since by Literal Admin consensus I followed mutiny rules.
Fighting against me for behavior that occurred after this does not warrant closing this.

Seems like being in the wrong place at the wrong time and making the most of it; Captain should definitely be investigated for shitcap, Guilleco is only really guilty of a little powergaming.

-Hangy, before his removal from forums, on guillecos appeal.

From the last thread:

The captain was a shitstain

The more name calling you do the less sympathy you’re going to get. You do it in all of your threads leveling accusations, calling names, and telling everyone else that they are wrong. Sometimes people fuck up, are rude, and don’t behave well. Just take report bad behavior instead of having meltdowns. If you ahelped the captain at the time or sought prior mutiny approval with an admin, you would have never been banned in the first place.

Given the lack of remorse, inability to consider anyone else’s perspective, repeated examples of disregarding common sense and server rules, and repeat public meltdowns trying to justify behavior that would be inappropriate even on LRP on MRP, please take this seal of approval for a ban that could have been a lot more serious. 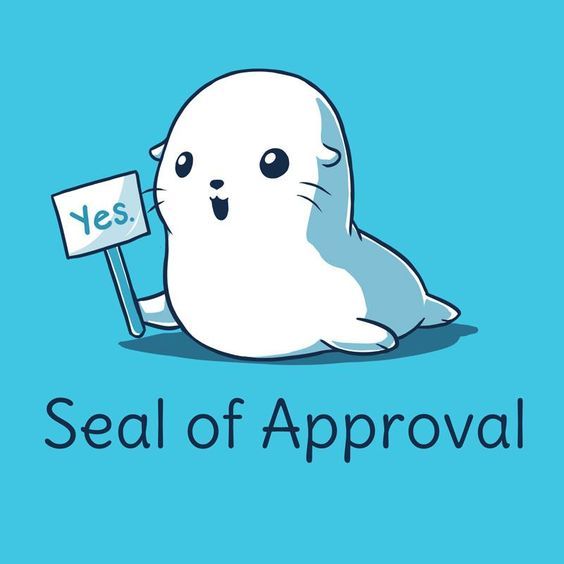 Given both of the above, mutiny should always be preceded by one of the following:

Rukos ruling on what makes mutiny allowed.
I believe I ahelped captain about calling mimo a griefer, but additionally the captain fills out that last point so well because he literally tried to demote a head of staff on an antag that’s all about killing the heads of staff. All it would do is make us lose and HE KNEW THAT. That is not a solid command thing to do and deserved a command ban. That is when the threats came in. To not die to the revs I had to stop it then, so I did.

In some cases mutiny permission will be granted

Was it granted to you by an admin?

I followed the last one, there wasn’t time to conduct an ahelp as it was a revs round and I believe no admins were online at the start of the scuffle

Such a substantial amount of bad command decisions that from your perspective you would expect a command ban to take place. But you should be prepared to explain your reasoning

I followed this one to be specific

That ban was not only appealed before it has also expired. Unless you wish to appeal the note directly I see no reason to keep this open.

I’m appealing the note. If there’s no note there’s no reason to -2 me. You and Aeder are very moody about that

I know but, if this gets appealed why would he remove the -2 not trying to speak for him, but you still got another ban

He cited the two bans on my recent record, so I imagine if one of the bans was proved fault it would be in bad taste to keep the same -2 opinion

I posted logs in your first appeal.

The mime did nothing wrong and had no reason to be abused by the shitstain of a captain which admins agreed with.

There was a reason captain wanted to kick mime, one of which was probably placing invisible walls in 1x1 passages in brig.

I’d love if an admin could pull logs but Guilleco’s ban appeal has some major logs that are very important.

I don’t care. Guilleco was not banned for this incident. You took the blame alone because you decided to DC.

The captain did not need to arrest mime or demote me and the detective was demoted because I had arrived and they were no longer acting hos.

I love how you just completely disregard the fact you threatened captain with “being removed” (or something idk) and immediately after this you started shoving him.

Almost seemed like cap and det were meta friends.

??? You are pulling stuff out of your ass just to get your note deleted and by pinging admins “just to pull logs” you try to adminshop AGAIN.

The captain was a shitstain, needed to stop, it was revs and he was worried about mindshielded mime who had almost saved us.

mfw captain was a shitstain so I am going to arrest and strip him during rev round, do you hear yourself?

He additionally claimed mimo was a griefer

This is minor RP break and yet you cite it as a huge issue.

I will not be removing this note, but to be fair I can edit the note to describe event more acurately:

Started shoving captain after he tried to remove mime from brig and armory and threatened him with “removal”. Later when captain used non lethals to arrest and demote insubordinate HoS, he and mime stunned captain, brought him to the his office and he full-stripped him. Disconnected during bwoink because he didn’t want to “shit himself”.

Archanial can i ask you a question? Captain was gonna kill mine, he stated so himself in the logs you posted. Is killing a mindshielded mine during a revs round a solid command choice? Would that have warranted a ban? Potentially a command ban?

Captain was gonna kill mine, he stated so himself in the logs you posted.

No, he started shouting “kill them” after you both cuffed and stripped him in your office.

He claimed mime was a rev. Mime was mindshielded. What do you think his intentions there were?

This was before anything