Only head admins can apparently understand why this is the case, as it is too complicated for players to understand how this would be REALLY inconvenient for admin not to be able to play a job in his free time.

Why out of all times has transparency turned into frosted glass? It’s utter bullshit in how completely removing a valid job ban from a admin, even deleting it from records is just reduced to “You wouldn’t understand, it’s a headmin thing”. I just want a actual reason to why winters’ job ban was removed, it’s that simple. Job bans don’t hinder a admins job, it only as far as I know would hinder a admins ability to play the game while not admining. Not going to stop asking until I get a actual answer, don’t give any fucks if I end up getting muted from forums later down the line. An actual answer shouldn’t be this complicated nor this controversial for the “it’s a headmin thing” excuse to be pulled out of your ass.

Good luck getting any response out of them

I’ll just start dming them on discord then, this has pissed me off. If I just get blocked and muted I don’t care, at least doing more of an effort than they are at trying to providing a meaningful answer.

Have you ever maybe considered its a code issue?

You don’t even need a job ban. Telling someone not to play a job should be enough, and if they can’t follow such a simple limitation, they shouldn’t be an admin to begin with.

More than likely. Banning admins in general is fucky, so it wouldn’t be surprising in the slightest.

What if they forger

why are admins immune to bans anyways
why do admin bans exist when you can have admins be bannable?

Its all internal admin stuff. 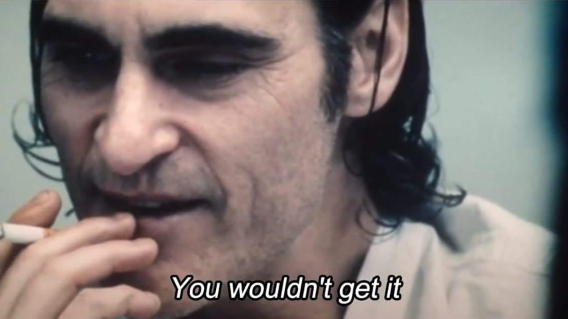 Because I specificaly asked it to be removed, as for what happend in its place.
You are not entiteld to know what happend. We dont do this with normal players, and the same goes for the admin. if you ahelp and I resolved the ticket no admin is in the obligation to tell you his reasoning nor what punishment was dished out. I dont feel like we should start doing that now

Because each admin can only have 1 admin-affecting ban placed at once. It is to prevent someone who hacked an admin account (or a rogue admin) from banning the entire admin team and then wrecking everything with nobody to stop them.

why do admin bans exist when you can have admins be bannable?

They only exist to ban hjacked acounts, thats why any admin can ban any other admin.

i dunno i feel in this specific situation theres issues with bans being silently removed and it seeming like there was no other punishment in its place. Sometimes being a little a little open with the community can be good to stop this shit from happening again next time you decide to remove one of winters bans

May seem that way, but on the other hand…
Was I expected to make a server announcement that I removed the ban? I dont really see why that would be required.

Its really as simple that I did it wrong, and thus asked for it to be reverted so I can do it properly.

You could have simply left the ban there and just, undone the ban instead of completely purging it from the database. And just add in that it was in error or something.

We have received no actual word that it was dealt with. Or well, no actual word that anything was done as a punishment. Just… Dealt with internally, which is worthless for us to judge if anything actually happened. The refusal for any transparency is the main problem here, I’ve no qualms with Winter at all, I really don’t like the complete lack of transparency for what happens if an admin does a bad.

which is worthless for us to judge if anything actually happened

You are not entiteld to know what happend. We dont do this with normal players, and the same goes for the admin. if you ahelp and I resolved the ticket no admin is in the obligation to tell you his reasoning nor what punishment was dished out. I dont feel like we should start doing that now

We dont abid by the court of public opinion, we never have and we never will. For this is a awful system.

The refusal for any transparency is the main problem here

most servers, even TG. Does not publicly list there bans. we are more transparent then other servers. So you have little to complain in this regard