Oh boy we get to listen to the chaplain ramble EVEN MORE?

If you want to make announcements you can buy a facebucks cartridge at the HOPline, or beg command for a megaphone. A desk announcer is just a straight up bad idea, especially because chaplain has no hour requirements.

If the VIP has a loud voice speaker on spawn (0 hour requirements and role is entirely based on gimmicks, similarly to chaplain), then why can’t the chaplain have one too? Also, I don’t get this philosophy that people have that if the problem can be worked around, you’re not allowed to make a change to get rid of that problem and make your life easier. This change I’m proposing would make it immensely easier to do chaplain gimmicks and get people to actually attend the gimmicks.

Because VIP’s gimmick is that he tries to appear more important than he actually is. And again, this is just loudmode, which isn’t that hard to acquire if you’re really out to get it.

Also, no, sometimes ideas have problems that can’t just be “worked around”, because the ideas in their very concept are horrible. Letting people like chappy make announcements is why facebucks exists in the first place. Is that not good enough for you? Do you want everything catered to you roundstart?

Nevermind the fact how easy it would be to break into chaplains office and abuse the announcement console. There’s a reason it’s tucked away in the bridge with no easy way to access.

What do you mean by “abusing the announcement console”? It could easily have a 15 minute cooldown, or even 30 minute cooldown. Also, why is my idea horrible? Because it lets people do gimmicks easier? Because it makes roleplaying out community events less hard to accomplish and less confusing? Also, I would indeed like everything catered to me roundstart. It would motivate me to get started on any chaplain project right away, instead of relying on a hop or someone else (if there even is one).

Stop trying to compromise and accept that it will never work, period. Sometimes you won’t get what you want instantly and immediately and you have to, believe it or not, actually try and go out of your way to buy a facebucks cartridge or ask someone to announce for you.

This kind of mentality you’re describing isn’t good for RP, it’s the exact opposite.

Your argument confuses me. I’m proposing a change that would quite literally only make it easier to do gimmicks. The role is basically made for gimmicks, except for when a revenant or blood cult appears. I don’t understand the unusual hostility towards my idea.

Literally any role would have it easier if they had a damn desk announcer. The point is that some roles shouldn’t have it easy, because 1) It’s piss easy to find alternatives and 2) Sometimes it’s a good thing to make people work for something they want.

I recommend giving this a read. Anyone who wants to design SS13 should read it, honestly. Because it adresses the exact argument you are making. 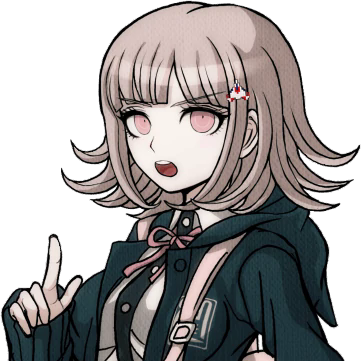 # Mirror's Black Book of SS13 Design Failures :::warning this is like 40% done, mostly unedited and

I personally would prefer if only heads of staff had big voices, as big voice implies it’s important, and the chaplain RP-ing out whatever god they’ve invented to themselves sounds like “oh cool, another clown megaphone” to me.

Though the announcement could be locked behind id-authethication like heads office so… no way for any non-chaplains to use it, but yeah currently best way to do it is to either ask for a megaphone, the cartdridge, AI, HoP/Cap, most of them encourages having to talk to someone

I’d rather completely remove the loud mode from the game because it’s never used for its intended purpose, but hey that’s just me.

Please no, and I agree with the post above me.

Large text is only necessary because comms operate more like an open chatroom than an actual comms with important information.

I again preach that the common channel should be removed from headsets and stationwide comms should be relegated to intercoms, announcement desks and the various alert terminals