ok so, I have been kinda holding off on actually making a goodbye, since I technically already made a goodbye/not goodbye (that not even I realized since I still lurk the forums) , so I guess I’ll just go ahead and say, well goodbye. so I realize that most of the people who know me are already gone, but I just want to say goodbye to bee, since it was my first online community, and I met most of my online friends on here, I realize that not a lot of people care, and that this is more “person overestimates how many people will read her thread and she should just kinda disappear silently” type of thing, but I dunno, I started out in, August I think, at first I was only playing as a human with a random name, and for a couple rounds my real name, then I switched to felinid with random names, I had a lot of fun and somehow through a series of events I started talking in the third person, I figure an actual goodbye, instead of the non-goodbye I did before is a lot better of an idea I dunno, for once this is literally just me rambling to, well just make it easier, I have been feeling burnout from ss13 since, I think it’s been a couple months now, I have been trying to get into it every so often, but I’ve mostly been playing on bay, so if I do come back to ss13, it’ll be on there. so I’m just gonna end this with a webcomic recommendation and disappear (probably, chances are I’ll still lurk unless this actually works) (from the forum not discord)
http://jolleycomics.com/TPoH/The%20Hook/1
(warning there is a couple swear words in it but nothing too bad, but it’s a really good comic, and I am now debating turning my goodbye into an advertisement for a random webcomic I found and started reading months ago, so before this derails further I’ll go ahead and stop this)
Also I don’t want to make this seem like I’m insulting bee, I still respect bee, even if MRP has changed to a different kind that I just don’t really work well with, I do care about bee and I hope it does well, but I dunno it’s just not for me.
every time I read I keep feeling like I need to add more because I keep thinking of stuff to add since I keep reading it as if I’m insulting and I just want to make sure it doesn’t sound like that, so this has turned into a bigger wall of text than it already was. (for context it literally ended on the (disappear part but I keep wanting to add more in case it souded rude as is, which just keeps making me want to add more so I can explain why it’s a wall of text which makes it an even bigger wall of text, so sorry.)
I just wanted to address this to the server in of itself/anyone who knows me who happens to be here.
TL;DR: a short goodbye that shouldn’t have just been this entire post and instead goodbye
have a good day

Goodbyes are never easy , hold your head high you ended your time on Bee on your own terms.

At least someone made it out alive, God Speed. 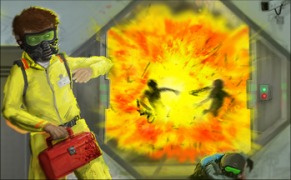 From what I saw you in game, you were always a nice player.
Bit sad to see you leave, but c’est la vie

Never got the chance to know you, but -
So long, and thanks for all the fish.

From my experiences with you, you were very nice. You will be missed!

Very sad to see you go

bee as a first online community

and this is where I go kick myself down a staircase, missing Nylaa’s goodbye. I love ya kid, good luck out there.

It’s lil late, but i feel like leaving a comment’s only appropriate as to be totally honest, you were one of my favourite players here to interact with ever since i’d finally decided to finally migrate over to beestation.

No matter how jaded or bored i get with dealing with the crew’s shenanigans i’ve always had a soft spot for going with whatever fun hijinks you’ve had in mind!

I can only almost guarantee that almost everyone here won’t see this post as an insult, as in my honest opinion, every single time i’ve seen you as a pAI, you’ve had this almost magical ability to not only perfectly banter with whoever’s had you as a pAI, but to also let them feel cared about, whilst managing to always enrich the playing experiance of those nearby.

Assuming the Curse of SS13 doesn’t afflict ya & that we see ya back here in a couple of months time, i wish you the best of luck in whatever the future has in store for you!

You’ll be sorely missed here, but shall warmly welcomed back should you ever decide to return!

Sorry to see you go, I only have positive memories of your time on the server, and I hope you’re doing well outside of Bee.
Also, congratulations on breaking away, even at least for a while. This game offers so much creative liberty and it gets hard to quit sometimes.

I just saw this post, I loved your characters in game! I remember one time when you were a nukie pAI and I just wanted to make base in space while warops, and you just came into it and told another nukie not to kill me, and we chilled till the round ended. Super player I’d recommend to anyone.